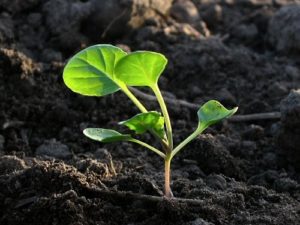 John 12:23&24,  “The hour has come for the Son of Man to be glorified. Very truly I tell you, unless a kernel of wheat falls to the ground and dies, it remains only a single seed. But if it dies, it produces many seeds.”

I just want to encourage someone today who feels like they are buried underneath the issues of life and let you know that you are not buried you are planted! The enemy doesn’t have the authority to take you out!  The enemy may think that he’s killed you and is preparing your burial but this isn’t your death it’s only a set up for your resurrection and rebirth!

Let’s talk about being buried vs. being planted.  They both look very similar, however there is a huge difference!  Both are dark places, but don’t allow the fact that you are in a dark place to make you think that you have been buried.  Every dark place doesn’t signify death!  God does His best work in the dark.  It was at midnight, the darkest hour of the day, that God delivered Paul and Silas from prison.  Midnight isn’t only the darkest hour of the day but it signifies the crossing over from one day into the next.  If you feel like you are in a midnight season it’s only an indication that you are about to cross over into a new day!  A new day brings new joy, new peace, new strength, new opportunities, new blessings…!!  You can get excited because the bible says that weeping may endure for a night but joy comes in the morning!  You just have to make it through the night season.  Don’t die at midnight because your joy is coming in the morning! God’s about to give you joy for your sadness and what you have sown in tears you’re about to reap in joy!

Buried vs. planted; you bury something that is dead, but you plant something that has life in it.  There’s life in the seed because a seed has the potential to reproduce.  Life may have thrown some dirt on you and you may be in the ground, but you are not buried, you are planted!  Other’s think you’re dead, because they see the dirt on you and they see you in the ground, but God says she’s not dead, he’s not dead, there is still life in them!  God says I still see life after the divorce, after the foreclosure, after the layoff, after the breakdown…, I still see life,!  I come to tell somebody today, I still see life!!!

A seed can’t bring forth life and reproduce without being planted.  It’s in the planting underground, in the dark, where no one can see, sometimes you can’t even see, that God is transforming you!  I heard someone say people can’t deal with destiny concealed they only want destiny revealed, but it’s in the dark place that you are being prepared for your destiny to be revealed!  God in His great grace is working on you in private before revealing you publicly.  Many of us can’t appreciate an apple seed or an acorn until it becomes an oak tree or a caterpillar until it becomes a butterfly.  We must learn to recognize and appreciate things in their seed form and ask God to open our eyes to the potential in the seed.  You are a seed and you have the potential to go from an acorn to a mighty oak and stand tall in God, but if you are never planted you will never reproduce after Him and reach your full potential.