PUT A DEMAND ON IT 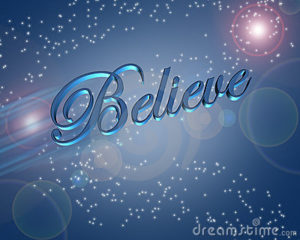 Mark 6:1-6, “Then He went out from there and came to His own country, and His disciples followed Him. And when the Sabbath had come, He began to teach in the synagogue. And many hearing Him were astonished, saying, “Where did this Man get these things? And what wisdom is this which is given to Him, that such mighty works are performed by His hands!   Is this not the carpenter, the Son of Mary, and brother of James, Joseph, Judas, and Simon? And are not His sisters here with us?”  So they were offended at Him.   But Jesus said to them, “A prophet is not without honor except in his own country, among his own relatives, and in his own house.”  Now He could do no mighty work there, except that He laid His hands on a few sick people and healed them. And He marveled because of their unbelief.  Then He went about the villages in a circuit, teaching.

The Amplified translations says Jesus was unable to perform miracles in His hometown because of the people’s unbelief.  I just want to encourage someone today to put a demand on your faith and believe God for a miracle.  Miracles are not a thing of the past.  If He performed miracles then He can perform miracles now!  As a matter of fact, I believe God wants to performs miracles today and I believe He wants to perform a miracle for you!!!!   He is the same God yesterday, today and forever, but the problem is we are not putting a demand on our faith for a miracle.  We are believing God for houses, cars and promotions but God is so much bigger than that!  Can I tell you that God wants to do something so big in your life that you will think that you are dreaming!  In Acts 12 an angel delivered Peter from jail.  Acts 12:9 says Peter followed him, the angel, out of the prison, but he had no idea that what the angel was doing was really happening; he thought he was seeing a vision.  Can I tell someone today, because you remained faithful when you wanted to faint, God is about to bless you so much so that you are going to think you are dreaming!!  In this same text it tells us that the people were earnestly praying for Peter while imprisoned and when Peter showed up at the door of the house where the people were praying they could not believe it.  Don’t be surprised when what you have been praying for comes knocking at your door!  I just want to tell someone that it is on the way!  But we must put a demand on it.  There is nothing impossible for our God and ALL things are possible to them that believe!!!  Put a demand on your faith today for a miracle!!!  A demand is a command or request made by right.  Galatians 4:7 lets us know that we are heirs of God through Christ and as heirs we have a legal right, we are entitled.  So stop praying for what belongs to you and command it according to the word of God!  Release the word!  When we release the word He will perform it!  Without a demand there can be no demonstration.